3 Persuasive Phrases to Build Your Email List & Boost Your Sales

Today I’m going to give you 3 done-for-you persuasive phrases you can use to increase your conversion rate and sell more products.

You see, I haven’t been updating the YouTube channel or the podcast or the website as often as I have done previously because I’m in the middle of making a new product.

To be completely frank with you, I’m not sure what I’m going to do with it.

Either way, I thought it would be cool to show you guys what I’m working on and I’m gonna give you some of it for free today.

Done For You:
3 Persuasive Phrases

This is awesome and it’s gonna absolutely benefit you, because it’s what has worked in my business.

It’s a total of 25 done-for-you persuasive statements that you can just take and on your sales copy, your emails, use them on the telephone, in person… you can even use this stuff to win arguments if you want.

Even though it’s going to be a product (eventually) I still want to give people tactics that they can use for free, and then when they see that it works they’ll want to upgrade to the full version.

That’s my theory anyway but I’m not sure if I’m going to sell it as a standalone product or if I’m going to add it to the Profit Copilot membership. I’m still trying to figure that out.

But anyway this is what I’m working on at the moment and I thought I’d share it with you.

So today I’m gonna give you 3 of the most powerful ones that I’ve got so far.

That means you don’t have to wait until I’m made the product in order to benefit from it.

And nope, I don’t have a release date for it yet. You really are getting behind the scenes access today.

Persuasive Phrase:
‘How would you feel if…’

This is really powerful.

And you use this phrase to push your prospect in the direction that you want them to move towards.

So using a positive or a negative future scenario will allow you to use the escape and arrival framework that we’ve covered in previous videos.

Your prospect will either want to escape from something for example they might want to lose weight.

They want to escape the situation of having a fat body.

Your prospect will want to do one of those two things; escape or arrive, so the imaginary future scenario that you place them in will be determined by what their desire is.

And as a result they become emotionally triggered.

When you use this phrase you’re asking them to imagine and engage with an imaginary outcome.

Because they’re using their imagination – which of course creates images and feelings way more vivid and way more intense than anything we can achieve with words the emotional trigger kicks in.

And that’s the real driving force of this stuff – people make purchases make decisions on emotion rather than logic.

So let me give you some examples.

“How would you feel if you could double your investment within six months?”

In this scenario you’re putting your prospect in a very positive place.

But on the flip side of that we can use it to induce fear and urgency too, if we want to go down that road.

An example could be:

“How would you feel if you lost everything?”

And that’s of course a negative place to put someone.

If you do this they will be operating from a place of fear and possibly urgency – just to prevent that from happening, through purchasing your products or taking whatever action you insist they should take.

Think about how this can be applied to your business.

What is the end result that you want your prospects to achieve?

What future scenario do you want them to be placed in?

Which future scenarios would they enjoy being placed in? Which ones are terrifying?

Persuasive Phrase:
“There are two types of people in the world…”

This statement is great for making people curious.

The instant that a prospect hears it, they become intrigued.

We’ve been conditioned to respond to this phrase, and when a prospect hears it they are subconsciously primed to make a decision.

They know there’s a chance they are going to be pigeonholed into one of two groups.

Obviously they want to be in the most attractive group so they’re primed to make a decision and they’re eager to hear the rest of the statement.

This works because it grabs their immediate attention and intrigue, and pulls them in closer to you.

You have to make one of the choices more attractive than the other.

And for best results keep this factual, or at least use widely held beliefs.

When we do that, we can make a prospect more suggestible – and more agreeable.

And when people are more agreeable they will be more likely to follow your advice.

So let me give you some examples.

“There are two types of people in the world, those who are all talk and those who get results.”

Here you’re splitting things down the middle and creating a divide. You’re forcing people to choose a side.

You’re saying there are only two there’s two types of people; those who talk about doing things, and those who actually go and do things.

They focus on what needs to be done rather than talking about it and waiting for feedback.

We all know people who are like that and are always talking but never doing.

Obviously you’re in the first group, because you’re here, you take action.

Because you’re reading this blog post you’ve taken the necessary action to get valuable information that’s going to help your business.

Another example could be:

“There are two types of people in the world, people who invest in themselves and people who fail.”

So think about this.

Again, this statement is true.

The most successful take the time to invest in themselves, they invest in their business education; books, courses, training material, etc.

And again you’re already in that first group because you’re reading this blog post.

You are investing in yourself just by being here and learning some new stuff that you can apply to your business.

But how can this phrase can be used in your copy, or on the phone, or in person, or however you’re choosing to do business? That’s something only you can answer.

Before I get to the next persuasive phrase, remember in previous posts I’ve spoken about aspirational groups and dissociative groups?

An aspirational group is a group that your prospect wants to belong to – they aspire to become part of that group.

Counter to that a disassociated group is a group that they want to stay away from – they want to avoid that group.

Using this phrase we you might want to reference an aspirational group in the first part, because it’s a desirable group to belong to.

And then reference a dissociative group in the second part because you know they don’t want to be a part of it.

An example of aspirational groups and dissociative groups could be; mods and rockers, or punks and hippies, or even Apple versus Mac.

In every industry and in every niche we have aspirational groups and dissociative groups.

So think about how this can be applied in your business.

Persuasive Phrase:
“How open-minded are you?”

This is another persuasive phrase that can be used in person or in sales copy.

This works well because everybody likes to think of themselves as open-minded.

It’s an attractive attribute to have, right?

“How open-minded are you to increasing your sales?”

“How open-minded are you to scheduling a meeting?”

When you use this persuasive phrase there’s a 90% chance that your prospect will be receptive to at least exploring your idea or hearing your pitch.

Here, it does appear like you’re giving your prospect a choice – but you’re actually forcing them to consider your idea albeit in a  low pressure, chilled out kind of way.

And it’s also an ethical way of getting someone to listen to your idea too, because it feels like it was their choice.

Even though these 3 persuasive phrases are incredibly powerful, you cannot force anybody to do anything against their will. Not that you would even consider attempting that for a second.

But there is a lot of misinformation about the power of persuasion and its uses.

Persuasion works best as a vehicle to clearly communicate our ideas.

When a prospect fully understand the benefits of your offer, they are more likely to accept it.

And that’s the true power of using these persuasive phrases. 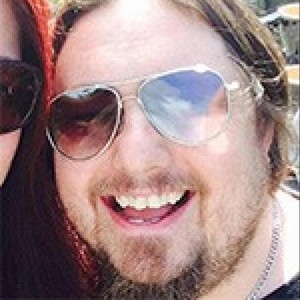