Make Money Online FOREVER When You Learn This Secret

You know, with so much bad information out there, and marketing videos that are filled with nothing but hype, I want to tell you the truth about making money online.

This is what those shady guru’s will never tell you, because if you knew this, you wouldn’t buy their rehashed, 3 thousand dollar coaching package.

So I want to make sure you don’t waste your money, or your time on any of that junk. And anyway, everything you need to know is already on youtube for free. And today I’m going to tell you the only way to consistently make money online. This is what works for me.

And not just one time, but over and over.

I started learning this stuff way back in the 90’s, and even though I’ve got 20-something years experience, I still remember what it felt like.

And the funny thing is, much of that information is exactly the same now, as it was then.

And none of it worked then, either.

So most of the time, it’s the blind leading the blind.

You’ve seen those blog posts too. They all say the same things; start a blog. or try drop shipping.

Or flip websites. Do surveys…. But what none of them tell you, is this; they’re just sales mechanisms.

These ‘sales mechanisms’ can be anything you like; affiliate offers… services, your own digital products, it doesn’t matter, because there’s an entire process leading up to that point of sale.

And that’s what those guru’s never tell you.

They only ever get you focusing on doing the selling. But they ignore the really powerful stuff. That’s what they keep to themselves.

And when you know the entire process, the sales mechanism doesn’t matter. It’s just a way to keep you distracted from what’s REALLY valuable.

You can swap sales mechanisms around, if one isn’t working you can try something else. Or you can create multiple income streams, multiple sales mechanism all working at the same time.

And no matter which sales mechanism you choose, they all take a lot of work, but there is no short-cut.

So I’m going to tell you what’s worked for me, and the people I’ve worked with.

And, while I did eventually figure out how to drive traffic, to it, I didn’t know how to monetize it properly.

Now, at the time a chap called David Icke asked for my help.

His online presence wasn’t doing too great, he didn’t know how to drive traffic. While traffic to my website was skyrocketing. So of course I helped him out. And while I was working with him, I also studied his business model.

He knew how to make money, and I didn’t.

What I learned was; it doesn’t matter what niche you choose. As long as you’re authentic.

Just think about it, ok? David Icke is the most controversial author on the planet. He sells out stadiums wherever he goes, his books are always best-sellers, and he’s practically become a house-hold name, all around the world.

And what’s he best known for? For popularising a conspiracy theory about aliens.

So, if he can become wildly successful from that, then it really doesn’t matter what niche you choose. As long as it’s something you believe in, and it’s something you’re passionate about. And it’s educational, so you’re helping people to solve a problem.

It could be to help them lose weight. Or learn to play golf. Or how to catch more fish. It has to be whatever makes you excited.

Next, you must know what stops people from learning that skill.

It might be time, or money, or self-belief. You have to know the pain-points. The obstacles. The objections. The reasons they tell themselves why it’s impossible for them.

And you need to provide a simple solution to those obstacles. It doesn’t have to be fancy.

The quicker and easier for people to understand, the better.

Albert Einstein once said “if you can’t explain it simply, then you don’t understand it well enough,” and that’s true.

So you give people quick-wins.

And what happens when you help them move the needle a little bit? They trust you. And now they have a reason to buy whatever you recommend next. And that’s why the sales mechanism doesn’t matter.

Because you’ve already got the most valuable asset; their trust.

Gaining trust means you can pretty much sell anything you like, as long as it helps them. And it also means, you can sell over and over again, as often as you like. And you can leverage that into other business models. So you can create multiple income streams.

Think about how powerful this is.

You’d have to do something pretty crazy to not make money.

And when you deliver enough helpful content to enough people, the entire thing begins to snowball. All your hard work begins to compound and it takes on a life of its own. So you don’t have to present in your business.

It makes money on its own, without you being there.

You have to work at it.

For me, I work around 6 hours a week. I make a few pieces of content and answer some emails.

But, it takes most people a year or two to get to that point. There are exceptions to the rule though. But they are far and few between. Like one of my students called Charles.

He managed to quit his job, fire his boss, and make full time passive income online, in his first 6 months. So around 180 days. If you want the free case study on how he did it, head over to profitcopilot.com/180 and get that free video.

This Hurts, But I Need To Share It… So You Can Build A Stronger Business 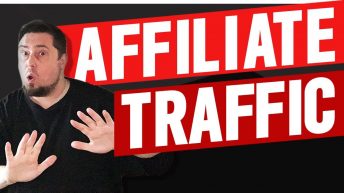 Stop Failing! Learn the ONLY Way To Get Affiliate Traffic – Without Buying Ad Space

Email Marketing Secrets: This Email Has Made $1,764 In Profit (So Far)